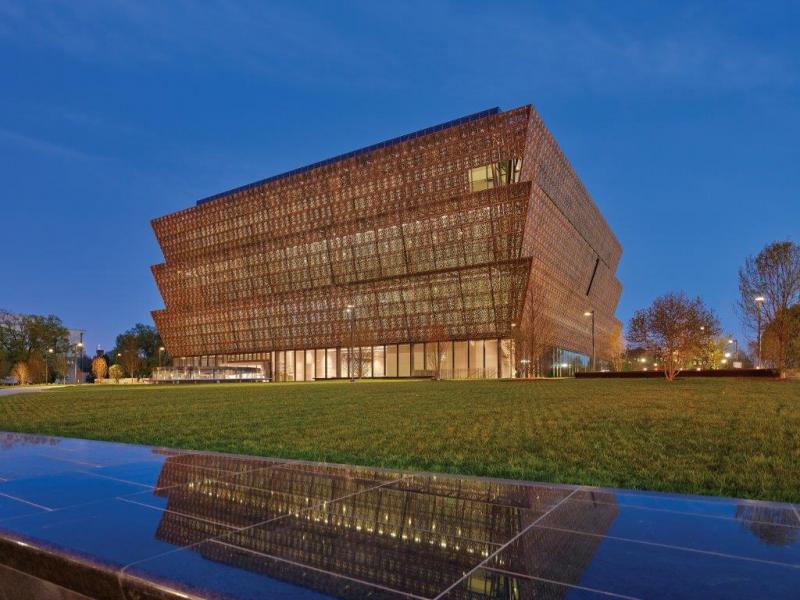 Troy, N.Y. — Last September, the Smithsonian Institution opened its newest museum, the Smithsonian National Museum of African American History & Culture (NMAAHC). The celebration will now reach beyond Washington, D.C., to the City of Troy, New York as Rensselaer Polytechnic Institute campus presents: A Place for All People: Introducing the National Museum of African American History and Culture. On Saturday, Feb. 18, Rensselaer will officially debut the commemorative 20 poster exhibition that will be on view in the Rensselaer Union McNeil room throughout Black History Month. Member of the campus and local community are invited to attend.

NMAAHC was established by an act of Congress in 2003, establishing it as part of the Smithsonian Institution, following decades of efforts to promote and highlight the contributions of African-Americans. It is the only national museum devoted exclusively to the documentation of African-American life, history, and culture, Rensselaer President Shirley Ann Jackson was one of several notable guests who spoke during the grand opening dedication ceremony for the museum.

The museum’s 12 inaugural exhibitions focus on broad themes of history (slavery and freedom, segregation, and 1968 and beyond), culture and community (power of place, sports, military history, and an exhibit titled “Making a Way Out of No Way,”music, cultural expressions, and visual arts. To date, the museum has collected more than 36,000 artifacts.

The Feb. 18 event at Rensselaer is titled, “A Place for All People: Dr. Shirley Ann Jackson’s Reflections on the National Museum of African American History and Culture.” The program, funded by the RPI STEP and United Technologies, will be held from 10:30 a.m. to 12:30 p.m. in the Rensselaer Union McNeil room.

“The event is meant to celebrate the founding of the museum though the lens of President Jackson, said Cynthia Smith ’96, assistant dean of students and director of pipeline initiatives and partnerships, who worked to coordinate the exhibit and program. “Along with President Jackson’s reflective remarks, the event will include the viewing of the Smithsonian posters, musical interludes by Ade Knowles, professor of practice in the Department of the Arts, in the School of Humanities, Arts, and Social Sciences and the Roots of Africa Ensemble, followed by a reception including a meet and greet with President Jackson. The program celebrates the opening of the museum with the display of the Smithsonian Institution’s Traveling Exhibition Service (SITES) posters that will be on in display in the McNeil Room throughout Black History Month.

Organized by the Smithsonian Institution Traveling Exhibition Service (SITES) in collaboration with the National Museum of African American History and Culture, .A Place for All People. highlights key artifacts that tell the rich and diverse story of the African American experience. From the child-size shackles of a slave and the clothing worn by Carlotta Walls on her first day at Little Rock Central High School to Chuck Berry’s Gibson guitar, Maybellene, and the track shoes worn by Olympian Carl Lewis, the exhibition presents a living history that reflects challenge, triumph, faith and hope.

The poster exhibition and related public programs are an opportunity for Rensselaer to showcase its work in sharing the many stories of African American and African diaspora people and their contributions to the local community and the American story.

The NMAAHC is a public institution open to all, where anyone is welcome to participate, collaborate, and learn more about African-American history and culture, according to the pillars upon which NMAAHC stands. In the words of Lonnie G. Bunch III, founding director of the NMAAHC, “there are few things as powerful and as important as a people, as a nation that is steeped in its history. This is America’s story and this museum is for all Americans.”

The Smithsonian Board of Regents, the governing body of the Institution, voted in January 2006 to build the museum on a five-acre site on Constitution Avenue between 14th and 15th streets N.W. The site is between the Washington Monument and the Smithsonian’s National Museum of American History. The NMAAHC is the 19th and newest museum of the Smithsonian Institution.

The upcoming exhibition and lecture exemplifies The New Polytechnic, an emerging paradigm for teaching, learning, and research at Rensselaer. The New Polytechnic emphasizes and supports collaboration across disciplines, sectors, and regions to address the great global challenges of our day, using the most advanced tools and technologies, many of which are developed at Rensselaer.