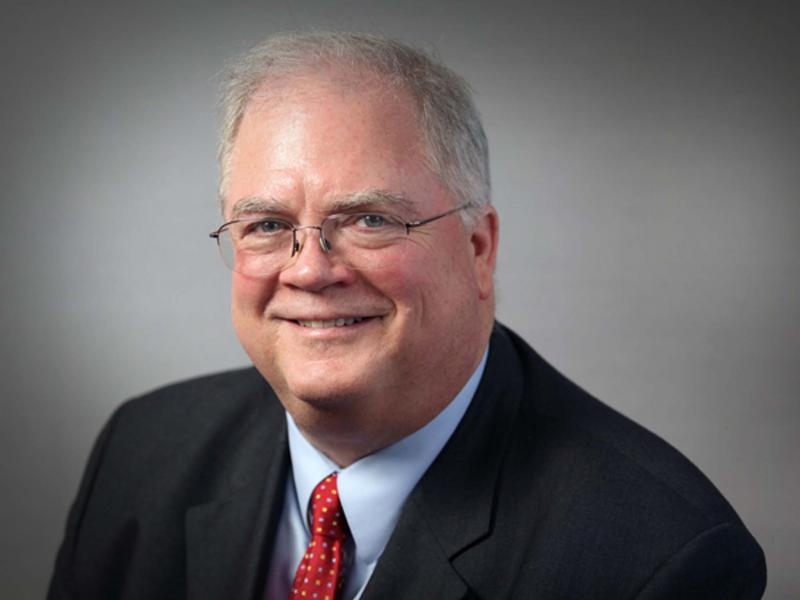 Troy, N.Y. – Rensselaer Polytechnic Institute today announced the appointment of Curt Breneman as Dean of the School of Science. The appointment is effective January 1, 2015.

Professor Breneman has served as head of the university’s Department of Chemistry and Chemical Biology since 2010.

“Dr. Breneman has a distinguished record of interdisciplinary research, entrepreneurial thought, and educational leadership,” said Rensselaer President Shirley Ann Jackson. “I am delighted to make this appointment.  He has passion for all aspects of science and technology that will create a heightened level of energy and collaboration at Rensselaer and the School of Science. His contributions and leadership will further our vision of The New Polytechnic, which is enabled by The Rensselaer Plan 2024.”

“It’s an exciting time for the Rensselaer School of Science, and I’m thrilled to lead our talented faculty, staff, and students in changing the world through innovation and exploration,” Breneman said. “We are a dedicated and diverse community of scholars #committed to achieving the full promise of Rensselaer by reaching across boundaries to apply science to the common purposes of life.”

Breneman has led the Rensselaer Exploratory Center for Cheminformatics Research (RECCR) during the past nine years. He is the author of more than 100 journal articles, 16 book chapters, and numerous refereed conference proceedings, and holds a patent on his molecular property descriptor technology (“PEST”), which has been licensed by several major pharmaceutical companies. His “RS-Predictor” drug metabolism method is currently in use across the drug discovery industry, and his “YAMS” materials informatics software has been supported by the Office of Naval Research and licensed by a major aerospace company. Breneman’s “CHELPG” atomic charge algorithm was used to parameterize several major molecular force-fields and is an integral part of the Gaussian series of quantum mechanical software, which is used by thousands of universities and companies worldwide.

Breneman is a fellow of the American Chemical Society (ACS) and served the ACS Division of Computers in Chemistry as both treasurer and fundraiser for 10 years, and then as chair of the division in 2010.

Breneman earned a bachelor’s degree in chemistry from UCLA and a doctoral degree from the University of California at Santa Barbara for his work in physical organic chemistry. Immediately prior to joining Rensselaer, Dr. Breneman performed postdoctoral research at Yale University in the field of theoretical and computational chemistry.

Founded in 1824, Rensselaer is the oldest technological university in the English-speaking world. For nearly two centuries, the Institute has been a driving force behind breakthroughs in engineering and science in virtually every arena – from transportation and infrastructure to business, medicine, outer space, and cyberspace. As it approaches its bicentennial anniversary, the Institute continues to define The New Polytechnic, a new paradigm for teaching, learning, and research that applies advanced technologies and knowledge to empower fresh collaborations across disciplines, sectors, and regions, in order to address large, multifaceted, global challenges.

research in data analytics and predictive modeling; water, energy, resilience, and sustainability; computational science, security, and simulation; biomedical science and applications; and materials at the nanoscale.

The School of Science is one of five schools at Rensselaer, through which students at all levels are engaged in and researching a wide array of critical 21st-century challenges. In addition to Science, the university offers more than 145 programs at the bachelor’s, master’s, and doctoral levels in the schools of Engineering; Architecture; Humanities, Arts, and Social Sciences; and the Lally School of Management; as well as an interdisciplinary degree in Information Technology.