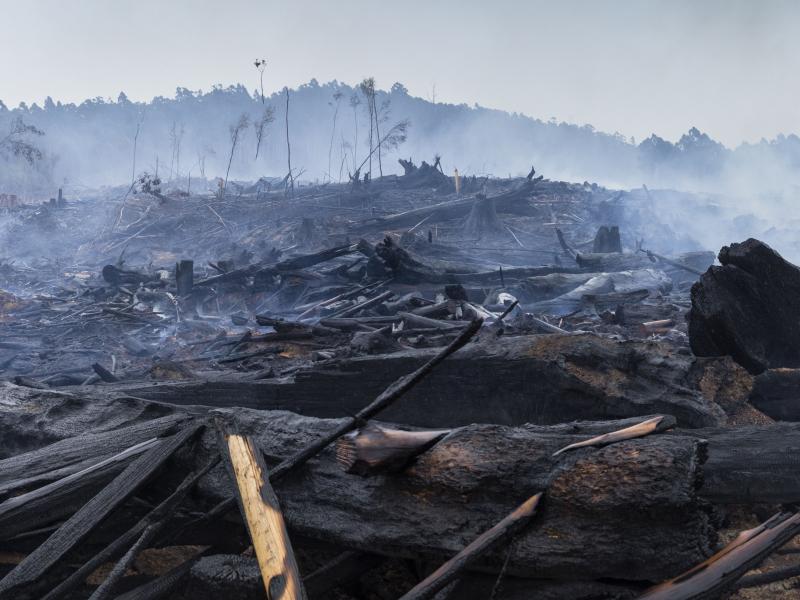 A blaze that burned through a natural research area — already tricked out with instruments and sensors — offered an unexpected opportunity to learn about the global carbon cycle.  The 2020 wildfires on the West Coast stymied planned research at the University of California Blue Oak Ranch Reserve, but also created a rare chance to catch the first link in the chain that connects fire-derived “black carbon” from a charred hillside with the deep ocean.

“They set up all the instruments, and then it burned. It’s devastating. At the same time, it’s created the perfect opportunity to understand the impact of wildfires on the global carbon cycle and global warming,” said Sasha Wagner, an assistant professor of earth and environmental sciences at Rensselaer Polytechnic Institute, and researcher on a $67,000 National Science Foundation Rapid Response Research (RAPID) project in the area of the Santa Clara Unit Lightning Complex Fire.

Wagner has teamed up with principal investigator Margaret Zimmer, a University of California Santa Cruz hydrologist who had been studying the path of water starting from rainfall on a hillside in Blue Oak reserve. Zimmer’s lab equipped the hillside with multiple instruments, including sensors that detect and measure the flow of water, and automated sample collecting equipment. A wildfire burned through the site in August 2020, but the instruments were resurrected with minor repairs, and researchers are now anticipating the first rainfall to follow the fire.

“What we call the ‘first flush’ of carbon and nutrients from the land after a wildfire has never been captured before,” said Wagner, a geochemist and expert in black carbon.

In the global carbon cycle, rivers ferry carbon from land to the oceans as half of all dissolved organic matter — the infusion of living, dead, and decaying particulate that gives rivers their tea-like color. Derived from organic materials burned in events like wildfires and fossil fuel combustion, black carbon is chemically distinct and reacts differently than other carbons found in dissolved organic matter. Researchers had long assumed that, once transformed by fire, black carbon was largely inert, rejoining the carbon cycle far more slowly than other forms of carbon.

“For many years, we thought that once you produced charcoal, it just sat there forever. But now we see that the combination of fire and rainfall can pulse out a huge amount of black carbon,” Wagner said. “So what’s in that first flush? When does it get to the ocean? Is the fraction of black carbon that arrives in the ocean more or less reactive than what was flushed from the landscape? Part of filling in these gaps on this aspect of the carbon cycle requires us to track black carbon from the headwaters through the larger branches of the river into coastal environments.”

With mountains that drain directly into the sea, southern California is the perfect location for a clean track of the connection between charring on the landscape and the ocean. And by combining organic geochemical analysis with hydrological analysis, the research will create an informed picture of how black carbon is moving from the hillside overland or into groundwater.