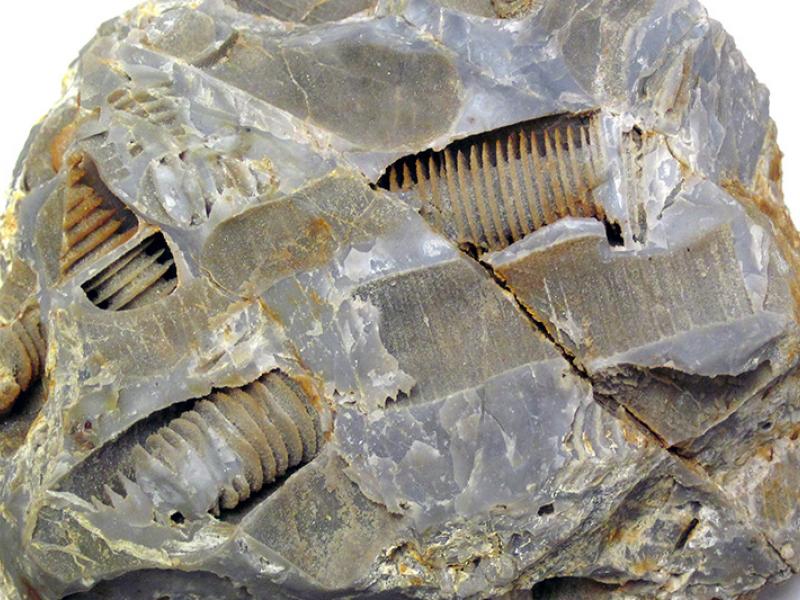 Carbon and nitrogen are central to life on Earth – life cannot exist without them, but an overabundance in the atmosphere imperils the life we have. So how much carbon and nitrogen is there on (and in) planet Earth? And how much was in the ancient atmosphere? Actually, no one is really sure.

The amount of carbon and nitrogen trapped in minerals in the Earth’s crust is one factor in the equation, and the subject of a three-year research project supported by a $900,000 grant from the U.S. Department of Energy. In their work, researchers will examine the ability of minerals to absorb and retain carbon and nitrogen. By doing so, they may also uncover a new source of information about the ancient atmosphere.

“Life interacts with the Earth’s crust and the atmosphere, and this project can tell us about both by providing insight into which minerals absorb carbon and nitrogen, how well they absorb them, how well they retain them, and how quickly gases escape under certain conditions,” said Bruce Watson, a geochemist and professor of geochemistry at Rensselaer Polytechnic Institute. “With this information, we can deduce the amount of carbon and nitrogen contained in these minerals, and we will also explore the intriguing possibility that they contain a record of the ancient atmosphere.”

Watson, director of the New York Center for Astrobiology, is leading the project, titled “Storage and Diffusion of Carbon and Nitrogen in Crustal Materials,” in collaboration with Morgan Schaller, an assistant professor of earth and environmental sciences, and Suzanne L. Baldwin, a professor at  Syracuse University.

Carbon and nitrogen are two of the 83 elements (each with multiple isotopes) found on Earth in varying abundance. Within the crust of the Earth, which can be as much as 30 miles thick, deposits of silica-rich minerals such as quartz, feldspar, and mica contain gases trapped when the minerals formed. In his office, Watson held up a sample of chert, a form of quartz, by way of example.

“Chert is silicon dioxide that precipitates from solution. This sample formed 300 million years ago in an environment similar to a peat bog,” Watson said. “It’s a mineral, but it’s not pure. There are gases in it that were present when it formed – carbon dioxide, nitrogen, oxygen, argon – all the major components of the atmosphere. This piece of chert may contain a sample of the atmosphere as it was 300 million years ago.”

But it’s not that cut and dry. Even a witness as seemingly inert as a rock changes over 300 million years.

“Even as it sits here at room temperature, the atoms in this crystal are vibrating and every now and then, one of those atoms will jump from one site to another,” Watson said. “So the question is, how quickly will that happen to the gases within this mineral? How faithful a recorder of the atmosphere is it?”

To find out, Watson will conduct a series of experiments that measure the solubility and diffusion of carbon and nitrogen within specific minerals, evaluating how much of the relevant gas specific minerals can absorb, and how well they’re retained. For example, researchers will “soak” mineral samples in an atmosphere of carbon, oxygen, hydrogen, and nitrogen at high pressure and temperature. Solubility can be determined through a measurement of the number of molecules per cubic centimeter that can be introduced into the mineral. Researchers can also grow minerals in the presence of those gases, and measure the absorption of gases during formation. To determine the rate at which gases diffuse out of a mineral, researchers will use nuclear reaction analysis to measure the concentration of gases as a function of depth in a sample.

Schaller will provide a “ground truth” of gas concentrations in minerals by using a specialized mass spectrometer to measure the amount of gases found in ancient minerals. Further, Schaller will measure the natural abundance of trapped gases from samples of different time periods throughout geologic history to reconstruct the changes in the concentration of atmospheric gases.

“If we can first demonstrate that certain materials, like cherts, are very retentive of carbon and nitrogen, we have a potentially faithful recorder of the major atmospheric gases through time,” said Schaller. “It’s extremely important to know the concentration of, for example, carbon dioxide during the warmest periods in Earth history because they can inform our understanding of the planet’s current trajectory.”

At Rensselaer, this research fulfills the vision of The New Polytechnic, an emerging paradigm for higher education which recognizes that global challenges and opportunities are so complex, they cannot be addressed by even the most talented person working alone. Rensselaer serves as a crossroads for collaboration — working with partners across disciplines, sectors, and geographic regions, to address global challenges — and addresses some of the world’s most pressing technological challenges, from energy security and sustainable development to biotechnology and human health. The New Polytechnic is transformative in the global impact of research, in its innovative pedagogy, and in the lives of students at Rensselaer.