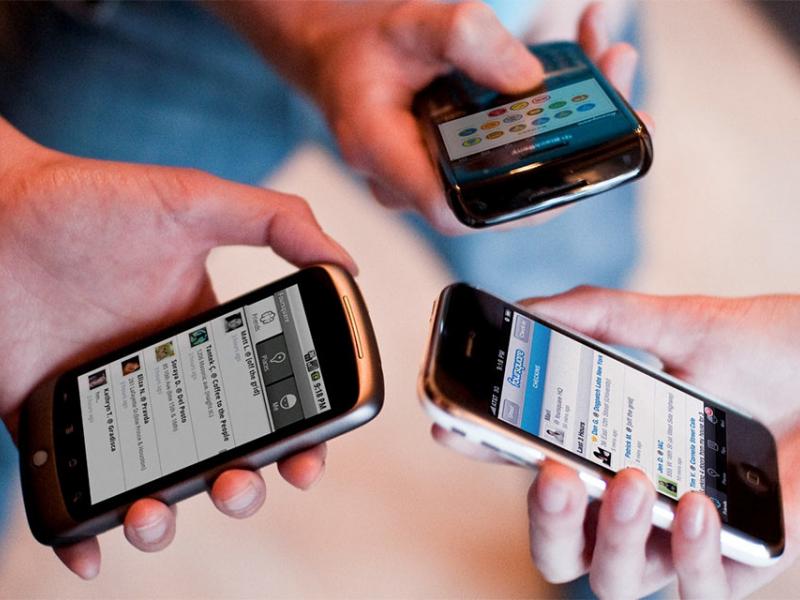 The closer you live to another person, the more likely you are to be friends with them despite the growing use and impact of social media, according to a study that drew on data from the location-based social network provider Gowalla. The study, by researchers within the Social Cognitive Network Academic Research Center (SCNARC) at Rensselaer, also showed that people tend to move in groups of friends, and that two people chosen at random at a specific event (like a concert or at a particular store) are unlikely to be friends.

While the findings are seemingly common-sense, the study – and continued research on social networks – holds a powerful message for a broad range of applications that rely on accurate predictions of how people move, such as emergency planning, infrastructure development, communications networks, and disease control.

“The ramifications are extremely important because if we assume that people are moving randomly, we are wrong, and therefore we will not be prepared for what people actually do,” said Boleslaw Szymanski, director of SCNARC and the Claire and Roland Schmitt Distinguished Professor of Computer Science at Rensselaer. “Where you live really matters: Most of your friends are concentrated in the place where you live, and as the distance increases, this concentration rapidly drops.”

The findings also indicate that, even in the digital age, humans still form friendships based on personal interactions, said Tommy Nguyen, a Rensselaer graduate student and member of SCNARC.

The study, titled “Using Location-Based Social Networks to Validate Human Mobility and Relationships Models,” was awarded the best paper award at the Second Workshop on Social Network Analysis in Applications held earlier this year in Istanbul, Turkey. The work continues the group’s recent investigations into social networks. Last year, the group published a landmark paper showing that when just 10 percent of the population is #committed to an opinion without comparable #committed opposition, their opinion will quickly be adopted by the majority of the society.

The current study drew on the public profiles (friends and check-ins) of 391,223 users of Gowalla collected between mid-September and late-October of 2011. Gowalla (which has since been purchased by Facebook, and is no longer available) allowed its users to share their geographic location with their friends through their smart phones in a process known as “checking in.” The users accumulated a total of around 26 million “check-ins” and 8 million friendship links. Data was provided to researchers without individual identifications to protect the privacy of users.

“When a detective wants to solve a crime, they use clues to draw the big picture,” Nguyen said. “Gowalla provided the discrete location of the movements of hundreds of thousands of people – those are clues.”

The data immediately revealed that the likelihood of friendship between two people decreases as distance increases. Researchers found that 80 percent of friends of a particular person live within 600 miles of that person’s home.

“You may have a few distant friends who are holdovers from a time when you lived elsewhere, or who share a common trait like family connections or a particular activity, but in general, the likelihood of friendship decreases as distance increases,” Szymanski said. “That tells us an important thing which our findings highlight: Friendship requires constant interactions, maybe physical presence (making proximity important) because we prefer to rely on verbal and body language to invoke feelings of trust in people. That’s very important in friendship.”

The researchers also found that friends tend to move together.

“If we see two people traveling together, we know first of all that social relations very much dictate our itinerary when moving over time. We cannot assume that people move randomly,” Szymanski said.

The “friends” model produced a dramatically different pattern of movement, and one far more consistent with the data they studied – data which tracked the actual movements of Gowalla users.

“If you look at the frequency of movement among people, the area, and distance they traveled, the model we have developed reasonably describes their movement,” Nguyen said.

The “friends” model can be used in emergency management, development of infrastructure, disease control, and can also help in building friendlier communities, with initiatives like bicycle sharing, or planning the location of recreational facilities.

“People travel together, so knowing their social groups enables us to predict where they move,” Szymanski said. “In other words, our infrastructure should reflect our social ties because then it would be aligned with the movements people would make. That is a helpful insight.”

The researchers are already planning their next project, which looks at whether the pattern of movement endures through friends of friends, or further down the chain – what might be called the “transmissibility” of friendship. Early results seem to indicate that by the third generation (friend of friend of friend) all structure has broken down.

Szymanski said the study is also an early indication of the power that social networks hold not just for users, but for researchers.

“Gowalla was this super memory of the 100,000 people. Of course, the users checked in because they hope to meet their friends. But for us, social media has created new tools to observe social interactions. It’s unobtrusive, but it is so powerful that I can’t imagine how we could replicate this study without this social media tool,” Szymanski said. “For us, it is invaluable.”