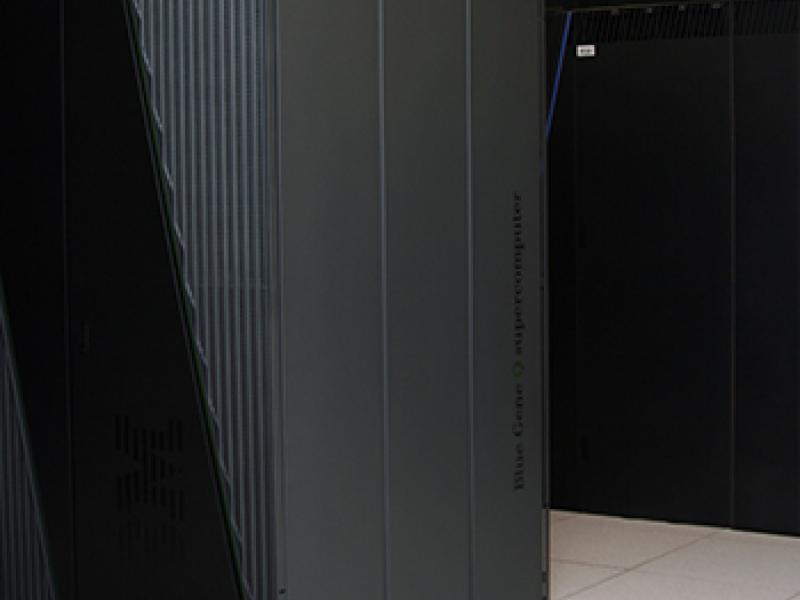 The system, comprised of a powerful IBM Blue Gene/Q supercomputer, was recently installed at the Rensselaer Computational Center for Nanotechnology Innovations (CCNI). Between its 200 teraflops of computational power, exceptionally low energy consumption, and ability to help researchers tackle critical challenges ranging from advanced manufacturing to cancer screening, the new system seemingly has it all. Everything but a name, that is.

So Rensselaer is turning to the campus community for inspiration and illumination. Students, faculty, and staff are encouraged to visit http://research.rpi.edu/name-our-q/ and propose a name for the new supercomputing system. Submitting a name requires RCS authentication.

Submissions will be accepted through 5 p.m. on Monday, Oct. 29. The final name, as decided by a group of Rensselaer faculty members and campus leaders, will be unveiled before the end of the year. Anyone whose suggestion is used as the final name will receive a yet-to-be-determined prize.

“Supercomputing touches—or will soon touch—nearly every discipline on campus, from science and engineering to finance, social sciences, and the arts. The importance of this technology cannot be overstated,” said Christopher Carothers, professor in the Department of Computer Science at Rensselaer, and lead researcher on the NSF grant that funded the new supercomputing system. “There is a tradition of naming supercomputer systems to give them an identity and personality. We want to do this with our new Blue Gene/Q system, and we are confident the Rensselaer community will not be shy about sharing their innovative, clever, and most inspired ideas for what that name should be.”

Along with the Blue Gene/Q computer, the new system features a multiterabyte memory (RAM) storage accelerator, petascale disk storage, rendering cluster, remote display wall systems, and other components. The result is a machine with a balanced combination of computational power, fast data access, and visualization capabilities.

Along with faculty members and students at Rensselaer, researchers nationwide will be able to request time on the new supercomputing system. An allocation #committee will soon be formed to assess proposals on the basis of scientific merit and the potential to broaden the system's user community and range of research.

The new system is housed in the Rensselaer supercomputing center, CCNI. Since opening in 2007 as the world's seventh largest computer, CCNI has helped researchers at Rensselaer and around the country tackle scientific and engineering problems ranging from the modeling of materials, flows, and microbiological systems, to the development of entirely new simulation technologies.

CCNI is a $100 million partnership between Rensselaer, IBM, and New York state. The center supports a network of more than 700 researchers, faculty, and students from 50 universities, government laboratories, and companies who have run high-performance science and engineering applications across a diverse spectrum of disciplines.