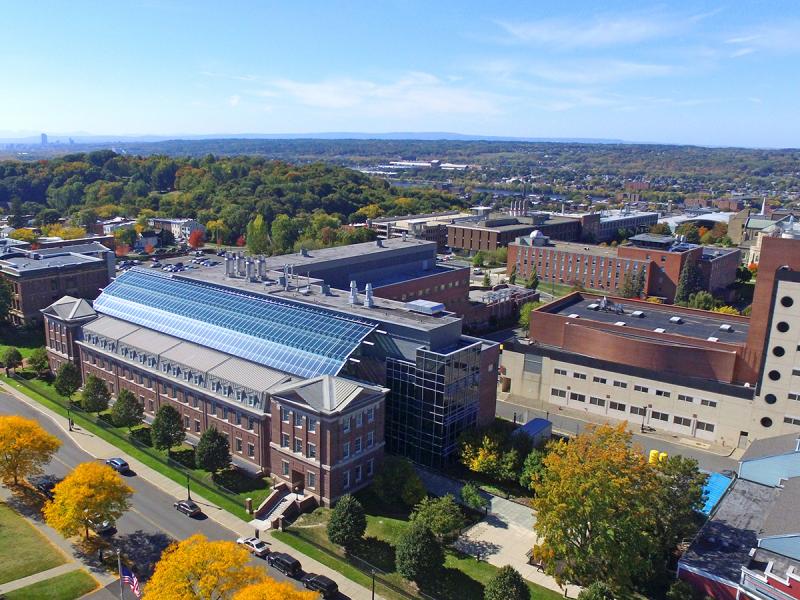 Rensselaer Polytechnic Institute ranks among the best universities in the United States, according to the annual list of college rankings released this week by U.S. News & World Report. The publication’s list ranks Rensselaer 42nd among 311 national research universities. With its overall composite score rising each year, Rensselaer has been ranked as one of the top 50 national universities by U.S. News for the past 18 years.

Factors contributing to Rensselaer’s top ranking include a student-to-faculty ratio of 13-to-one; 97 percent of faculty who are full-time; strong academic reputation; and high school counselor’s rank.

Underscoring Rensselaer’s long-held reputation as one of the nation’s top universities, the Institute received a record number of applications for the current Class of 2021, including the most ever from females, underrepresented minorities, and international students. The class represents one of the strongest academically, and most diverse ethnically and geographically, in the history of Rensselaer.

“For nearly 200 years, Rensselaer has provided a radically active form of teaching and learning to students who have gone on to push the frontiers of technology and truly change the world,” said Rensselaer President Shirley Ann Jackson. “Our continued high standing in the U.S. News rankings reflects our dedication to providing an unparalleled educational experience to an accomplished and increasingly diverse student body.”

Since joining Rensselaer as president in 1999, Jackson has led a transformation of the university’s pedagogical and research approach under the construct of The New Polytechnic, an emerging paradigm for teaching, learning, and research at Rensselaer. The New Polytechnic emphasizes and supports collaboration across disciplines, sectors, and regions to address the great global challenges of our day, using the most advanced tools and technologies, many of which are developed at Rensselaer.