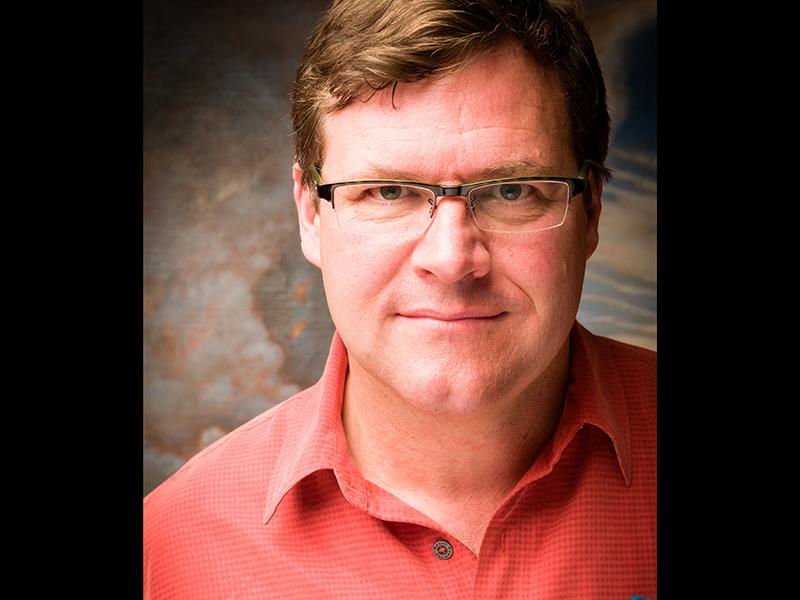 Troy, N.Y. — Natural history museums are incredible places where people have the opportunity to interact with scientists, scientific discovery, and to experience the wonders of the world, according to a recent blog post featuring Dr. Kirk Johnson, the Sant Director of the world-renowned Smithsonian National Museum of Natural History, whose noted career as a paleontologist has seen him lead expeditions in 11 countries and 19 states, resulting in the discovery of more than 1,400 fossil sites. Johnson has been invited by Rensselaer Polytechnic Institute President Shirley Ann Jackson to speak to members of the campus and local community on Thursday, Sept. 1. He will deliver a lecture titled “Natural History Museums in the 21st Century,” from 10 to 11 a.m. in the Curtis R. Priem Experimental Media and Performing Arts Center Concert Hall.

The National Museum of Natural History (NMNH) is part of the Smithsonian Institution, the world’s pre-eminent museum and research complex. The museum is dedicated to inspiring curiosity, discovery, and learning about the natural world through its unparalleled research, collections, exhibitions, and education outreach programs. Opened in 1910, the green-domed museum on the National Mall was among the first Smithsonian building constructed exclusively to house the national collections and research facilities.

Through its programs, NMNH serves as one of the world’s great repositories of scientific and cultural heritage, as well as a source of tremendous pride for all Americans.

Johnson’s research focuses on fossil plants and the extinction of the dinosaurs. He is known for his scientific books and articles, popular books, museum exhibits, presentations, and collaborations with artists. In 2010-11, he led the Snowmastodon Project, the excavation of an ice age site near Snowmass Village, Colorado. This dig recovered more than 5,400 bones of mammoths, mastodons, and other ice age animals and was featured in the NOVA documentary Ice Age Death Trap, and in Johnson’s book, Digging Snowmastodon, Discovering an Ice Age World in the Colorado Rockies. Most recently, Johnson hosted the three-part NOVA series Making North America, which aired on PBS networks in November 2015, and authored the book Ancient Wyoming: A Dozen Lost Worlds Based on the Geology of the Bighorn Basin.

“We are so delighted to welcome Dr. Kirk Johnson, Sant Director of the Smithsonian National Museum of Natural History, the most visited natural history museum in the world, to Rensselaer Polytechnic Institute,” said President Jackson, who also serves as vice chair for the Smithsonian Board of Regents. “He will speak about the future of natural history museums—a subject of great relevance to Rensselaer faculty and students, given our leadership in technologies with the potential to transform the museum experience, including cognitive and immersive systems, and data science and visualization.”

President Jackson is one of several notable guests who will speak during the Sept. 24 dedication ceremony for the opening of the National Museum of African American History and Culture (NMAAHC), the only national museum devoted exclusively to the documentation of African American life, history, and culture. It was established by an act of Congress in 2003, following decades of efforts to promote and highlight the contributions of African Americans. To date, the museum has collected more than 36,000 artifacts. Nearly 100,000 individuals have become charter members of the museum. When the NMAAHC opens, it will be the 19th and newest museum of the Smithsonian Institution.

The upcoming lecture featuring Dr. Johnson exemplifies The New Polytechnic, an emerging paradigm for teaching, learning, and research at Rensselaer. The foundation for this vision is the recognition that global challenges and opportunities are so great they cannot be adequately addressed by even the most talented person working alone. Rensselaer serves as a crossroads for collaboration—working with partners across disciplines, sectors, and geographic regions—to address complex global challenges, using the most advanced tools and technologies, many of which are developed at Rensselaer. Research at Rensselaer addresses some of the world’s most pressing technological challenges—from energy security and sustainable development to biotechnology and human health. The New Polytechnic is transformative in the global impact of research, in its innovative pedagogy, and in the lives of students at Rensselaer.

Rensselaer Polytechnic Institute, founded in 1824, is America’s first technological research university. The university offers bachelor’s, master’s, and doctoral degrees in engineering; the sciences; information technology and web sciences; architecture; management; and the arts, humanities, and social sciences. Rensselaer faculty advance research in a wide range of fields, with an emphasis on biotechnology, nanotechnology, computational science and engineering, data science, and the media arts and technology. The Institute is has an established record of success in the transfer of technology from the laboratory to the marketplace, fulfilling its founding mission of applying science “to the common purposes of life.” For more information, please visit http://www.rpi.edu.

To read the full ScienceBlog post, titled “The Smithsonian’s Kirk Johnson: Living Out a Childhood Love For Natural History and Its Museums,” visit: http://bit.ly/2bPrbex