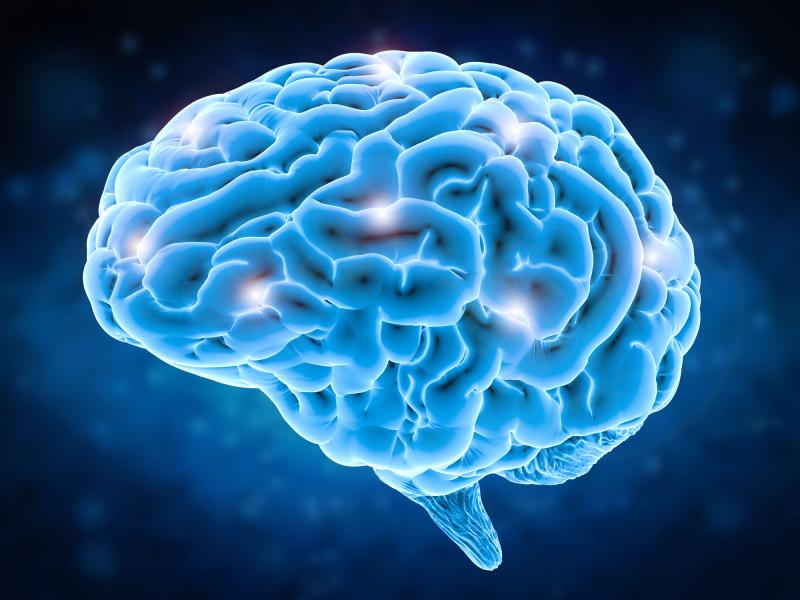 Tangles of misfolded tau proteins in the brain are closely associated with memory loss in patients with Alzheimer’s disease. In order for this tau pathology to spread, the protein must interact with heparan sulfate, a sugar molecule found on the surface of neurons.

Armed with evidence that a specific site — known as the 3-O-sulfate group — on heparan sulfate is critical to the transfer, a research program funded by the NIH’s National Institute of Aging is scrutinizing the interactions between heparan sulfate and tau, determining how misfolded tau spreads in the brain, and developing strategies to block it.

“Understanding how tau is moving from cell to cell will give us a clear target for research and drug development,” said Chunyu Wang, a professor of biological sciences at Rensselaer Polytechnic Institute and a member of the Rensselaer Center for Biotechnology and Interdisciplinary Studies. “Our prior research has shown that the 3-O-sulfate group on heparan sulfate facilitates the spread of tau pathology, but we need further characterization of tau-heparan sulfate interaction at the molecular level, and evidence from animal models and human tissue.”

Wang and his team, which includes Rensselaer glycobiology expert Robert Linhardt, were awarded a four-year $2.6 million grant to pursue a research program examining the tau-glycan interactions at the molecular, cellular, and whole organism level.

“There is a strong correlation between the spread of misfolded tau and the progression of Alzheimer’s disease, and here we have a promising point of potential therapeutic intervention if we gain a strong fundamental understanding of this interaction,” said Curt Breneman, dean of the Rensselaer School of Science. “It’s an elegant approach and promising research.”

Tau is an abundant protein in neurons. In contrast to most proteins, tau is flexible and dynamic, enabling it to interact with many proteins in the neuron and carry out multiple functions.

In neurons, the most important function of normal tau proteins — of which there are actually six variants — is to build the cell’s version of an intracellular highway by bundling microtubules together into causeways for transporting all manner of cellular goods, such as vesicles carrying neurotransmitters. But if misfolded, tau proteins clump together inside neurons, forming neurofibrillary tangles that ultimately kill the neurons.

More perniciously, misfolded tau spreads like a prion, a form of infectious disease that is spread without a virus or bacterial pathogen. Once misfolded tau appears inside the brain, it spreads progressively through neuronal connections.

In research published last year in Angewandte Chemie, a team that included Wang and Linhardt showed that the 3-O-sulfate group on the sugar rings of heparan sulfate plays a critical role in moving tau proteins from one neuron to another. The presence of sulfate groups at the 3-O- position is rare compared to other sites on the sugar ring, and according to the paper, tau is only the seventh known protein that recognizes 3-O-sulfation for binding. But their research, using nuclear magnetic resonance spectroscopy, surface plasmon resonance spectroscopy, glycan array, and cell cultures, showed that 3-O-sulfation of heparan sulfate enhances tau binding, and that both binding and cellular uptake can be reduced with specific changes by reducing the level of 3-O sulfation on heparan sulfate.

“Although 3-O-sulfation is very rare, it’s important for biological function,” Wang said. “This is something that we discovered late last year and this work forms the basis for further mechanistic study, and drug discovery. For example, enzymes that carry out 3-O-sulfation may be targeted in Alzheimer’s drug discovery.”

At the molecular level, the researchers will study the interactions between purified tau and heparan sulfate, generating 3-D pictures of how the two molecules interact. On the cellular level, they will use fluorescent labeled tau and observe how it is taken into neurons, and the effects of drug candidates. And mice genetically engineered to produce heparan sulfate without 3-O sulfation will allow them to test if and how tau pathology can spread in the absence of the 3-O sulfate group.