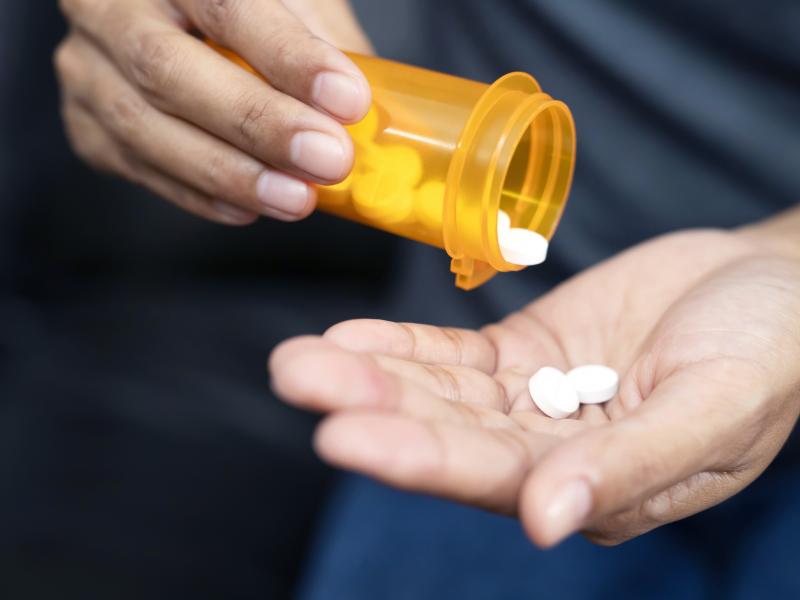 The U.S. Food and Drug Administration has approved a new drug for treating schizophrenia and bipolar I disorder that includes samidorphan, a new chemical entity discovered at Rensselaer Polytechnic Institute. The pharmaceutical company Alkermes plc (“Alkermes”) is planning a commercial launch for LYBALVI, which combines samidorphan with the well-known antipsychotic olanzapine, in the fourth quarter of 2021.

Although considered a highly effective antipsychotic, olanzapine is often associated with side effects, including weight gain. According to an announcement from Alkermes, the combination of samidorphan and olanzapine demonstrated statistically significantly less weight gain than olanzapine in patients with schizophrenia in the ENLIGHTEN-2 study. Alkermes licensed samidorphan from Rensselaer in 2006.

Samidorphan was discovered in the laboratory of Mark Wentland, a medicinal chemist and now a professor emeritus of chemistry and chemical biology at Rensselaer. As part of LYBALVI, samidorphan will become the first compound from Wentland’s 50-year career in drug discovery research to gain FDA approval.

“Ever since my second year in college, I wanted to use my love of chemistry to improve human health. So, I went into drug research thinking that’s how I could contribute,” Wentland said. “Schizophrenia and bipolar I disorder are dreadful diseases. It’s gratifying to know that our work may help people manage them effectively.”

With funding from the National Institutes of Health, Professor Wentland led a team of medicinal chemists at Rensselaer whose goal was to synthesize long-acting, once-daily oral medications to treat opioid and cocaine use disorders. Biological testing of new compounds was done at the University of Rochester under the expert guidance of Wentland’s collaborator, Professor Jean Bidlack. From this collective effort, samidorphan emerged as a promising drug candidate.

“The development of samidorphan as a biologically stable mitigator of olanzapine side effects resulted from the careful, inspired application of years of medicinal chemistry experience by Professor Mark Wentland and his collaborators,” said Curt Breneman, dean of the Rensselaer School of Science. “Now his discoveries are positioned to directly help a great many people living with serious mental illness.”

With the aid of what is now the Rensselaer Office of Intellectual Property Optimization, the compounds were patented and licensed to Alkermes, which invested the resources to develop the compound library and ultimately carry LYBALVI through clinical trials.