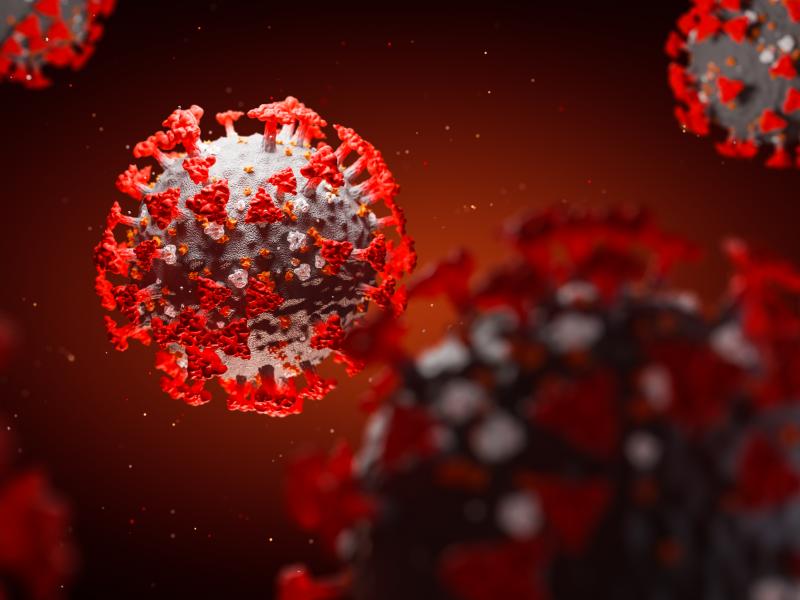 A common drug, already approved by the Food and Drug Administration (FDA), may also be a powerful tool in fighting COVID-19, according to research published this week in Antiviral Research.

SARS-CoV-2, the virus that causes COVID-19, uses a surface spike protein to latch onto human cells and initiate infection. But heparin, a blood thinner also available in non-anticoagulant varieties, binds tightly with the surface spike protein, potentially blocking the infection from happening. This makes it a decoy, which might be introduced into the body using a nasal spray or nebulizer and run interference to lower the odds of infection. Similar decoy strategies have already shown promise in curbing other viruses, including influenza A, Zika, and dengue.

“This approach could be used as an early intervention to reduce the infection among people who have tested positive, but aren’t yet suffering symptoms. But we also see this as part of a larger antiviral strategy,” said Robert Linhardt, lead author and a professor of chemistry and chemical biology at Rensselaer Polytechnic Institute. “Ultimately, we want a vaccine, but there are many ways to combat a virus, and as we’ve seen with HIV, with the right combination of therapies, we can control the disease until a vaccine is found.”

To infect a cell, a virus must first latch onto a specific target on the cell surface, slice through the cell membrane, and insert its own genetic instructions, hijacking the cellular machinery within to produce replicas of the virus. But the virus could just as easily be persuaded to lock onto a decoy molecule, provided that molecule offers the same fit as the cellular target. Once bound to a decoy, the virus would be neutralized, unable to infect a cell or free itself, and would eventually degrade.

“That’s exceptional, extremely tight binding,” said Jonathan Dordick, a chemical and biological engineering professor at Rensselaer who is collaborating with Linhardt to develop the decoy strategy. “It’s hundreds of thousands of times tighter than a typical antibody antigen. Once it binds, it’s not going to come off.”

Internationally recognized for his creation of synthetic heparin, Linhardt said that, in reviewing sequencing data for SARS-CoV-2, the team recognized certain motifs on the spike protein and strongly suspected it would bind to heparin. In addition to the direct binding assay, the team tested how strongly three heparin variants — including a non-anticoagulant low molecular weight heparin — bind to SARS-CoV-2, and used computational modeling to determine the specific sites where the compounds bind to the virus. All the results confirm heparin as a promising candidate for the decoy strategy. The researchers have subsequently initiated work on assessments of antiviral activity and cytotoxicity in mammalian cells.

“This isn’t the only virus that we’re going to confront in a pandemic,” Dordick said. “We don’t really have great antivirals, but this is a pathway forward. We need to be in a position where we understand how things like heparin and related compounds can block virus entry.”

In previous work, a team led by Linhardt and Dordick demonstrated the decoy strategy on viruses with a mechanism similar to SARS-CoV-2.  In 2019, the team created a trap for dengue virus, attaching specific aptamers — molecules the viral latches will bind to — precisely to the tips and vertices of a five-pointed star made of folded DNA. Floating in the bloodstream, the trap lights up when sprung, creating the world’s most sensitive test for mosquito-borne diseases. In work prior to that, they created a synthetic polymer configured to match the sialic acid latch points on influenza virus, reducing influenza A mortality in mice from 100% to 25% over 14 days.

“This innovative approach to effectively trapping virusus is a prime example of  how biotechnology approaches developed at Rensselaer are being brought forward to address challenging global health problems,” said Deepak Vashishth, the director of the Center for Biotechnology and Interdisciplinary Studies at Rensselaer, of which both Dordick and Linhardt are a part. “Professors Dordick and Linhardt have worked collaboratively across disciplines, and their research shows promise even beyond this current pandemic.”

“Characterization of glycosaminoglycan and novel coronavirus (SARS-CoV-2) spike glycoprotein binding interactions” was published in Antiviral Research. At Rensselaer, Linhardt and Dordick were joined on the research by Fuming Zhang, and also by researchers at the University of California San Diego, Duke University, and the University of George, Athens with support from the National Institutes of Health.