The Origin of Life: RNA World Deep Beneath the Surface 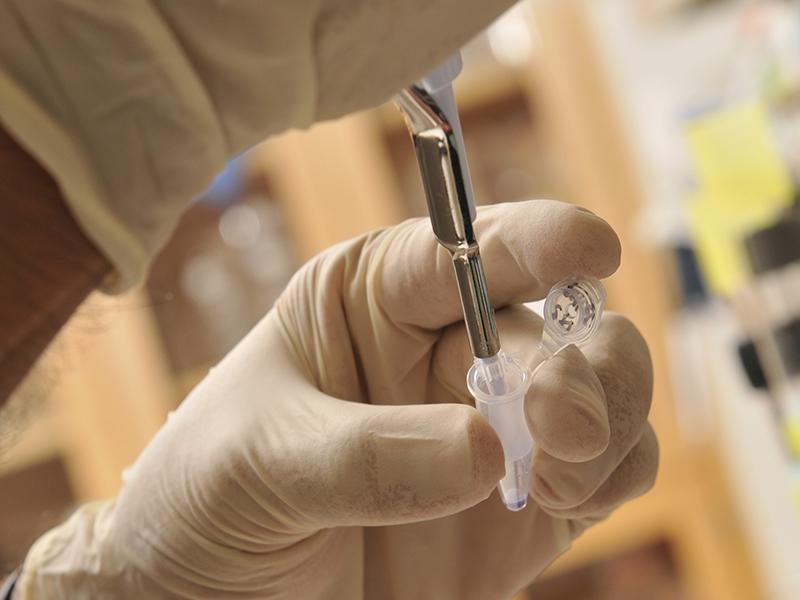 Troy, N.Y. — Where did life begin—in a shallow lagoon, or in a vent of superheated water spewing from the ocean floor? If we knew, we might know where to look for life elsewhere in the universe. The “RNA World” hypothesis, which suggests that ribonucleic acid (RNA) was the original prebiotic molecule, has traditionally looked to a shallow, sunlit pool of water. But researchers at Rensselaer Polytechnic Institute say other environments on early Earth could have supported the formation of RNA.

Rogers, an expert in extremophiles and assistant professor of earth and environmental sciences, is part of a team of researchers exploring alternate environments in which RNA could have formed. She is joined in the research by Rensselaer professors Linda McGown, an analytical chemist, and Bruce Watson, a geochemist with expertise in early Earth environments and director of the NYCA. Their work is supported by a $438,000 grant from the National Aeronautics and Space Administration (NASA), and expands upon a long history of Rensselaer research concerning the chemistry of early life in extreme environments.

At Rensselaer, this research fulfills the vision of The New Polytechnic, a paradigm for higher education which recognizes that global challenges and opportunities are so great they cannot be addressed by the most talented person working alone. Rensselaer serves as a crossroads for collaboration—working with partners across disciplines, sectors, and geographic regions—to address complex global challenges, using the most advanced tools and technologies, many of which are developed at Rensselaer. Research at Rensselaer addresses some of the world’s most pressing technological challenges—from energy security and sustainable development to biotechnology and human health. The New Polytechnic is transformative in three fundamental ways: in the global impact of research, innovative pedagogy, and in the lives of students at Rensselaer.

RNA is the lesser known, and most likely older, cousin of DNA. Like DNA, the molecule is composed of a chain of nucleotides, molecular subunits connected along a backbone of sugars and phosphates. The RNA World hypothesis rests on the fact that RNA is able to both store genetic information and catalyze reactions, two functions critical to the most basic definition of life. But in order for RNA to perform these biological functions, the chain must first attain a minimum length of at least several dozen nucleotides. In modern life, complex biochemical pathways can make long chains of RNA; however, it is not known how such lengthy chains might have formed on early Earth prior to life's emergence.

Some existing research, including research conducted at Rensselaer, suggests that RNA can polymerize under specific conditions, although most experimental products are only 15 nucleotides or less, far less than what is needed for these RNA polymers to catalyze reactions. Most of these experiments were conducted under conditions that resemble shallow surface pools, using minerals from the clay montmorillonite as a non-biological catalyst.

If RNA polymerized in environments such as deep sea hydrothermal vents or deep within the Earth’s crust, an entirely different set of conditions would predominate. For example, the felsic mineral montmorillonite, would not be common, but mafic minerals would.

“We decided to start playing in this realm, and look at environments other than the surface,” Rogers said. “We looked at what condition would be more common in the deep sea or deep crust—pressure, temperature, minerals—and we designed experiments that attempted to polymerize RNA under those conditions.” Their results indicate that other conditions can lead to RNA polymerization.

“What we’ve found is that montmorillonite is not the only mineral that is catalytic for RNA polymerization, and some minerals that are not catalytic at ambient pressures are catalytic as you increase pressure,” Rogers said. The team will publish their preliminary research results in the coming months. The NASA-funded research follows those leads by investigating RNA polymerization in early Earth environments.

The range of possible parameters—such as temperature, mineralogy, pressure, salinity, pH, and redox state—is staggering. But with expertise in early Earth environments, Watson will narrow the field to those conditions most likely to have existed at the dawn of life on Earth. McGown will analyze the results of each experiment, searching for RNA and determining the length, and perhaps the sequence, of any strands that are produced.