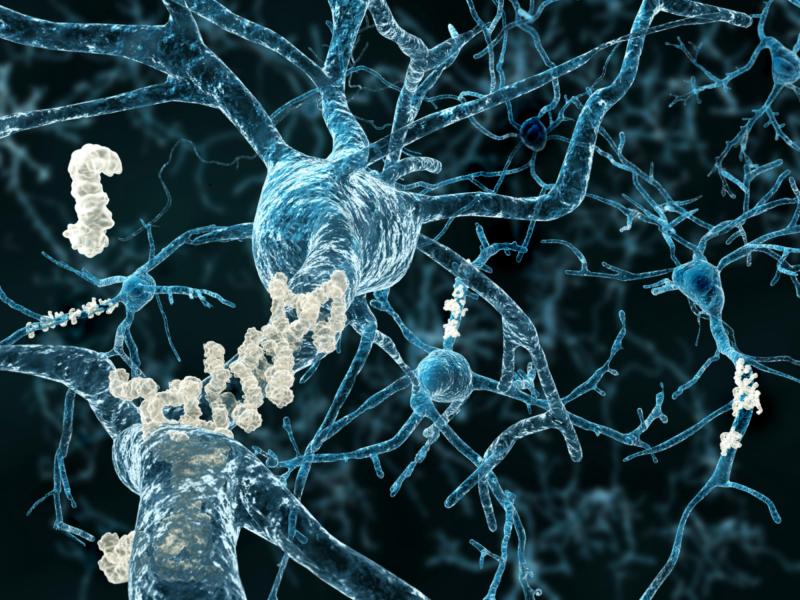 A new grant from the National Institute On Aging at the National Institutes of Health will support ongoing research at Rensselaer Polytechnic Institute to address Alzheimer’s disease caused by gene mutations. According to Chunyu Wang, the principal investigator and an assistant professor of biological sciences at Rensselaer, the project seeks to understand and counter the mechanism that produces Amyloid-Beta 42 peptide in brain cells.

“A key pathology in Alzheimer’s is accumulation of senile plaque in the brain, which is mainly composed of the Amyloid Beta-42 peptide,” said Wang, who is a member of the Rensselaer Center for Biotechnology and Interdisciplinary Studies. “This grant supports research into an enzyme that is responsible for producing the toxic peptide using single molecule techniques, and may identify novel mechanisms and targets for future Alzheimer’s therapeutics.”

In cell in the brain, the enzyme gamma-secretase cuts an amyloid precursor protein, producing either the harmless Amyloid Beta-40 peptide or the more damaging Amyloid Beta-42. In an effort to prevent the latter, Wang is teaming up with Scott Forth, an expert in single molecule fluorescence spectroscopy and fellow assistant professor of biological sciences and CBIS member, to develop a precise picture of the interaction.

In 2014, Wang used nuclear magnetic resonance spectroscopy to discover that one of the genetic mutations found in patients with Familial Alzheimer’s Disease — which causes a small fraction of the Alzheimer’s cases — induces a change making it more likely for the cut to produce Amyloid Beta-42. In ongoing research, Wang has searched for drug candidates which could inhibit gamma-secretase from producing Amyloid Beta-42 without inhibiting other important functions of the enzyme.

Forth’s expertise will produce a finer resolution view of the interaction through single molecule fluorescence studies, and of the kinetics that occur as the cut is taking place.

“Our microscopy methods will allow us to directly follow single enzymatic reactions in real time,” said Forth. “By observing one molecule at a time, we are able to provide novel insights into Amyloid Beta formation that you cannot get using more traditional biochemical tools, which tend to give an average over the range of possible outcomes.”

“Single molecule kinetic studies of gamma-secretase/substrate interaction and the effects of AD-causing mutations” is funded with a $233,776 grant from the National Institutes of Health for one year.