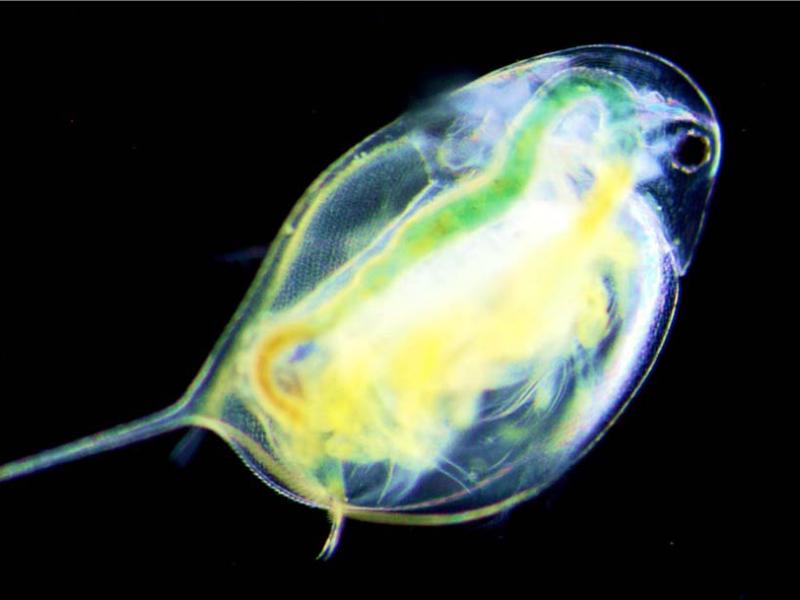 Can environmental toxins disrupt circadian rhythms – the biological “clock” whose disturbance is linked to chronic inflammation and a host of human disorders? Research showing a link between circadian disruption and plankton that have adapted to road salt pollution puts the question squarely on the table.

“This research shows that exposure to environmental toxins may be depressing the function of our circadian clock, the disruption of which is linked to increased rates of cancer, diabetes, obesity, heart disease, and depression,” said Jennifer Hurley, an assistant professor of biological sciences, a member of the Center for Biotechnology and Interdisciplinary Studies (CBIS) at Rensselaer Polytechnic Institute, and senior author on this research. “This is the first time anyone has shown this happening at the level of the core clock, which we had considered to be heavily buffered against these types of environmental effects.”

The research builds on recent findings from the Jefferson Project at Lake George, showing that a common species of zooplankton, Daphnia pulex, can evolve tolerance to moderate levels of road salt in as little as two and a half months. That research produced five populations of Daphnia adapted to salt concentrations ranging from the current concentration of 15 milligrams per liter of chloride in Lake George, to concentrations of 1,000 milligrams per liter as found in highly contaminated lakes in North America.

“Plankton, which are key consumers of algae and a food source for many fish, may be making a monumental tradeoff to tolerate increased road salt,” said Rick Relyea, Jefferson Project director, CBIS member, and co-author of the study. “The circadian rhythm guides these animals through a daily migration, to deep waters during the day to hide from predators and shallow waters at night to feed. Disrupting that rhythm could affect the entire lake ecosystem.”

Hurley said adaptation to salt is likely affecting Daphnia at the epigenetic level, a heritable change in gene levels rather than genetic code. The research has wide applicability in multiple fields beyond human health and is a demonstration of cutting-edge, interdisciplinary research resulting from cross-collaboration between CBIS and the Jefferson Project.

To explore whether salt affects the circadian rhythm of Daphnia, researchers first established that the plankton is governed by a core set of clock-control genes that anticipates the day/night cycle. Clock control genes promote and suppress gene transcription, creating daily oscillations in the levels of enzymes and hormones to affect cell function, division, and growth, as well as physiological parameters such as body temperature and immune responses. The Daphnia genome includes the PERIOD (PER) gene, a set of genes nearly identical to the well-established core clock of the fruit fly (Drosophila melanogaster).

Kayla Coldsnow, a Rensselaer doctoral student and the first author on the study, tracked the expression of the mRNA of PER in Daphnia exposed to naturally low salt levels and constant dark conditions. Despite these constant environmental conditions, Daphnia PER mRNA levels oscillated with a 24-hour rhythm, a clear indication of a functional circadian clock. Her results, in combination with existing research, shows that PER “clock genes” are active in Daphnia.

To test whether adaptation to high-salt environments affects this functional circadian clock, Coldsnow then performed a similar experiment with the five populations of Daphnia produced during her earlier research. Her data showed that PER mRNA rhythms deteriorated with the adaptation to increasing salt concentrations.

“What we see is a graded, measured response in this organism; the higher the level of salt to which the Daphnia are adapted, the more it suppresses the expression of its circadian clock,” said Hurley. “The population adapted to naturally low salt levels exhibits a beautiful, healthy oscillation in PER mRNA expression, but the population adapted to high salt levels have completely lost their ability to oscillate this mRNA expression.”

“The implications are substantial,” Hurley said. “You’ve exposed Daphnia to an environmental toxin, and its clock was suppressed, probably through epigenetic mechanisms. The clock and biology of Daphnia is very similar to the clock and the biology both in our brains and most organisms. Is it possible that we can see epigenetic changes in the human brain because of exposure to environmental toxins?

“Evolution to environmental contamination ablates the circadian clock of an aquatic sentinel species,” as published in the current edition of Ecology and Evolution, can be found using the DOI: 10.1002/ece3.3490. The research was funded by Rensselaer, The Jefferson Project at Lake George (a partnership of Rensselaer Polytechnic Institute, IBM, and The Fund for Lake George), and a National Science Foundation Graduate Research Fellowship.

Research into circadian rhythms fulfills The New Polytechnic, an emerging paradigm for higher education which recognizes that global challenges and opportunities are so great they cannot be adequately addressed by even the most talented person working alone. Rensselaer serves as a crossroads for collaboration — working with partners across disciplines, sectors, and geographic regions — to address complex global challenges, using the most advanced tools and technologies, many of which are developed at Rensselaer. Research at Rensselaer addresses some of the world’s most pressing technological challenges — from energy security and sustainable development to biotechnology and human health. The New Polytechnic is transformative in the global impact of research, in its innovative pedagogy, and in the lives of students at Rensselaer.